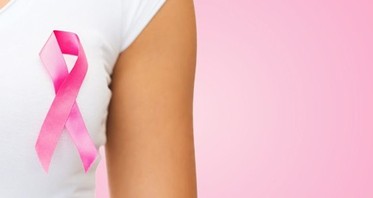 In 2016, the World Health Organisation recognised breast implants were associated with a rare blood cancer known as anaplastic large cell lymphoma (ALCL). It’s believed this form of cancer is caused by low amounts of bacteria being introduced during the breast augmentation surgery. This may cause low grade inflammation that can lead to the growth of this type of lymphoma.

Early this month, the Australasian College of Cosmetic Surgery (ACCS) has informed its members the likelihood of breast implant-associated anaplastic large cell lymphoma (BIA-ALCL) is greater than it was once believed.

BIA-ALCL may be more common than previously thought

“Initially thought to be extremely rare, it is now evident that the incidence is likely to be in the order of 1 in 1000 and Australia has the highest reported incidence of this disease in the world,” states the ACCS’s correspondence.

The occurrence of the cancer which usually develops in the lymph nodes, skin, liver or lungs, is no doubt raising concern amongst patients, doctors and oncologists. However, women with breast implants are urged not to panic.

While the risks of developing BIA-ALCL is higher than once thought, health authorities don’t recommend removing the implants as a preventative measure. Instead, women are advised to monitor their breast for any changes such as pain, lumps or hardness, and consult with their doctor immediately.

Fat grafting could be a welcomed alternative to implants

With consumers becoming more aware of putting foreign objects into their body and the risk of BIA-ALCL, fat grafting could become a welcomed alternative to breast implants.

This new procedure transfers the patient’s own fat from their thighs, stomach or buttocks to increase the volume in the breasts. Besides not requiring an implant and reducing the risk of BIA-ALCL, one of the main advantages of fat grafting is the results will feel more natural and can potentially last longer than an implant.

Patients also find taking fat from one part of the body where there is an excess to boost their breast size also very appealing. Incisions may be smaller, scars won’t be as visible and there is a reduced chance of incurring allergic reactions.

Breast cancer survivors are just some of fat grafting successes

The fat grafting technique has been around for some time. In the late 1980’s it was used to assist with facial augmentations before being later used for breast augmentation. However, today’s more refined fat transfer technique for breast enlargement is seeing positive results amongst breast cancer survivors.

The surgical technique has been used to resolve asymmetry problems, balance fullness and correct any defects in shape that may have occurred during tumour removal or surgical trauma.

There was previously concern that fat-grafting may increase the risk of the patient’s breast cancer reoccurring, however, recent research published in the Annals of Oncology has found there is no increased risk. In a study of 321 women who received fat transfer following a lumpectomy or mastectomy, 9 women experienced recurrent breast cancer.

Of the 642 women who decided against receiving fat transfer, 19 were diagnosed with recurrent breast cancer. The results of this study suggested women are no more likely to experience repeated breast cancer if they improved their breast shape and fullness through fat grafting.

While the ACCS has highlighted the risk of developing BIA-ALCL is higher than previously considered, implants are still a popular and safe option for those looking to increase their breast volume and enhance their shape.

The ACCS is not advising patients to avoid implants or have theirs removed to prevent the cancer. Instead, the national body wants to ensure doctors are well educated and patients are aware of how to monitor any changes in their breasts.

There are some limitations with fat grafting that may help you decide between the two surgical techniques. Firstly, fat transfer won’t be able to create as much volume as an implant can. If you’re desiring a significant increase in size, it’s likely an implant will be more suitable. Unless you have excess fat in areas such as your buttocks or thighs, you won’t be able to undergo the fat transfer procedure. For particularly slim women, implants may be a better option. It’s also important to take into consideration, you may require more than one fat grafting procedure to provide the volume you desire.