Could Blocking A Reproductive Hormone In Menopausal Women Result In Weight Loss?

It’s all so common for middle-aged women to struggle with their weight even though they’re consuming a healthy, wholefood diet and exercising regularly.

The latest scientific findings into weight gain and hormones could be the key to solving this problem and others linked to menopause.

In mice studies, a single hormone has been identified to increase during menopause. This hormone could be responsible for the characteristic weight gain around the abdomen region of middle-aged women. Blocking this hormone in mice subjects has been found to increase the calories burned, reduce the abdominal fat and encourage exercise. 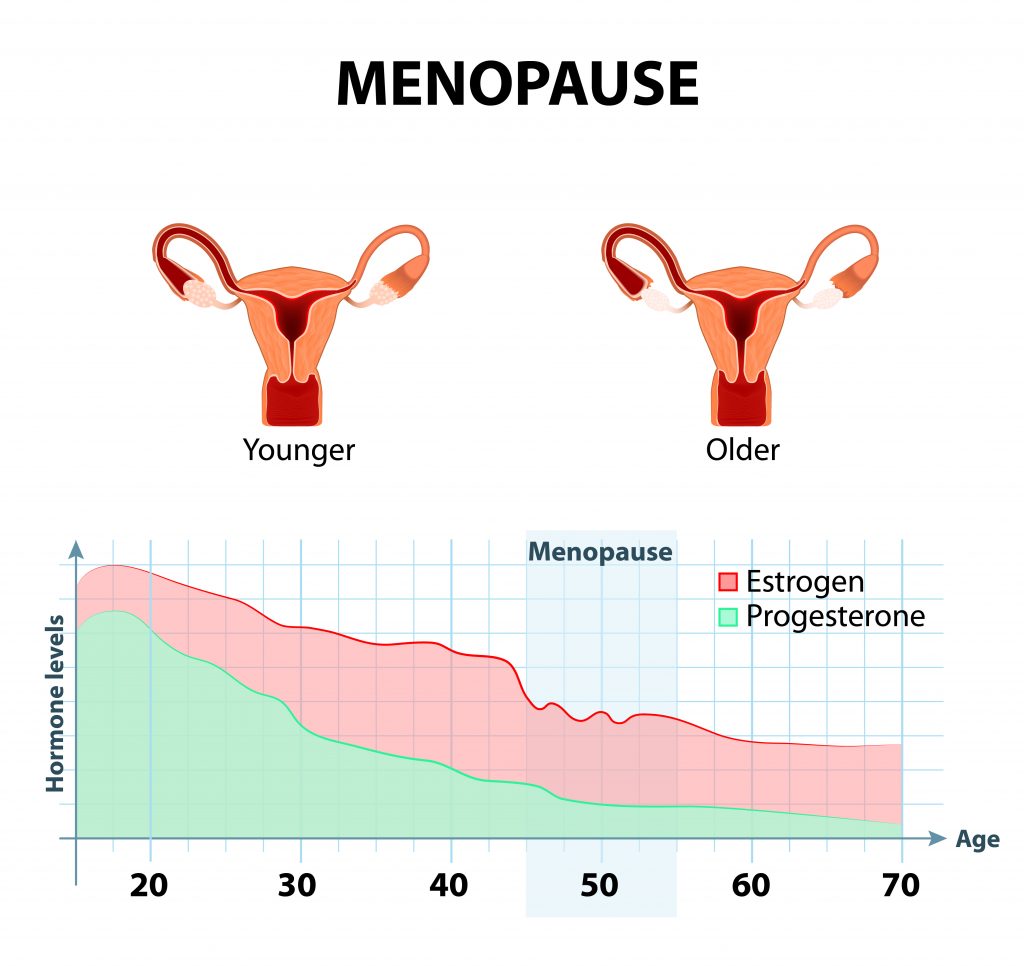 Menopause as a stage in women’s lives when their bodies lose the ability to produce enough hormones that keep the body balanced and healthy.

Obesity expert and professor of medicine at the University of Colorado School of Medicine Dr. Daniel Bessesen said the latest findings are certainly very interesting. With the incidences of overweight and obesity rising he adds “we definitely need some new ideas”, to solve the crisis.

Blocking this hormone has also resulted in a slowing of bone loss. In women, the most important risk factor for bone loss is menopause. A low bone mass makes you vulnerable to the debilitating condition, osteoporosis.

The research into the potential of blocking the follicle-stimulating hormone (FSH) began when Dr. Mone Zaidi, a professor of medicine at the Icahn School of Medicine at Mount Sinai in New York City, became interested about the effects of this reproductive hormone on bone mass.

The hormone is well known for its role in the reproduction of stimulating the eggs and sperm. Researchers are aware that when the functioning of a women’s ovaries declines before menopause, their blood levels of the FSH hormone increase.

Dr. Zaidi hypothesised the reason the bone mass decreased rapidly, despite steady levels of oestrogen, could be attributed to FSH. In female mice, whose ovaries had been removed, Dr. Zaidi and his team of researchers developed an antibody that would block the production of FSH.

The mice subjects weren’t making any oestrogen which is known to preserve bone mass. The findings should have concluded the mice had been losing bone mass and developing fat-filled bone marrow. Instead, Dr. Zaidi’s lab mice who had received the FSH blocking antibody didn’t show any signs of fatty bone marrow. To the team’s enormous surprise, they found the mice had instead lost large amounts of fat.

While very dubious, Dr. Zaidi managed to persuade Dr. Rosen to conduct his own independent experiments to confirm the findings.

Although hesitant, after receiving a grant and conducting his own research over two and a half years, Dr. Rosen had replicated the findings of Dr. Zaidi’s original research.

Dr. Zaidi and Dr. Rosen have discussed a theory that may help explain why an increased metabolism was found in the mice subjects with the FSH blocked. The researchers theorise it must be to do with the different types of fat distributed throughout the body: white and brown fat.

The latest research is in its infancy which is why Dr. Rosen is cautious to provide too much hope for those suffering from obesity. To date, his research of blocking FSH has only be trialled on mice and he’s unsure whether the results will translate to humans.

I think the idea has some credibility,” said Dr. Rosen. “But does it mean anything? I don’t know.

While the research of Dr. Zaidi and Dr. Rosen seems a positive step towards reducing the prevalence of obesity in middle-aged women, it’s not the first studies to indicate a link between weight gain and hormones. There is, however, conflicting findings of the role FSH plays in weight gain.

Professor of medicine at the University of Colorado Dr. Wendy Kohrt has been busy researching weight gain and the burning of calories in menopausal women.

Dr. Kohrt has found supplementing healthy pre-menopausal women with a drug that blocks the production of both FSH and oestrogen puts the subjects into a reversible state of menopause. As a result, the women’s fat was distributed to their abdomen and increased on average 11 percent. They also burnt 50 fewer calories a day.

When the drug was removed or when Dr. Kohrt gave the subjects oestrogen, the menopausal effect was reversed.

Dr. Michael W. Schwartz, director of the Nutrition Obesity Research Center at the University of Washington, also found similar results in male subjects. In Dr. Schwrtz’s research, whether FSH was the sole cause wasn’t clear.

It’s common for men with advanced prostate cancer to take the pharmaceutical drug Lupron, designed to inhibit the production of testosterone. The hormone testosterone can fuel the growth of tumours. As a side effect of Lupron, patients often gain weight, particularly around their abdomen.

The drug also blocks the production of FSH, however, unlike the latest research of Dr. Zaidi and Dr. Rosen, the subjects didn’t experience a weight loss. This may be attributed to the loss of testosterone, although when the men were prescribed both Lupron and testosterone, they still didn’t lose any weight.

The previous research into hormones and weight gain indicates FSH is not the only factor at work in weight gain and its prevention. However, the conflicting results has left Dr. Zaidi undeterred and he’s preparing to move forward with his research.

“Whether it works in humans, I have absolutely no idea,” Dr. Zaidi said as he prepares to test an anti-FSH antibody in humans. We wait in anticipation to hear his findings of the next phase in his research.