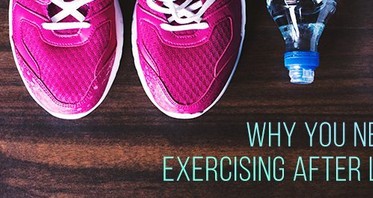 Liposuction is an innovative cosmetic procedure that can help treat problem areas of the body that have not been resolved through a healthy diet and exercise. You can say goodbye to unsightly muffin tops, chubby thighs and bingo wings through fat removal techniques such as Vaser Hi Definition Liposuction, Vaser Liposuction and Mega Liposuction. But is liposuction the solution to end all your weight and health problems long-term? Unfortunately, it is not that simple.

Unwanted fat cells in target areas such as the abdomen, love handles and thighs are permanently removed during the liposuction procedure. By effectively reducing the subcutaneous fat under the skin the patient will have fewer fat cells and fat regrowth will not occur in that particular area providing long-term results. This is one reason why liposuction is such a popular cosmetic procedure worldwide.

A study published in the New England Journal of Medicine examined the effect of large-volume abdominal liposuction in fifteen women with abdominal obesity. It found that the subcutaneous adipose tissue was reduced by 44 percent in those with normal glucose tolerance and 28 percent in those with diabetes. This is a significant loss in excess fat cells which are permanently removed from the body.

By removing this excess fat, liposuction can help to contour and slim down the recipients’ shape resulting in a more desirable physique.

The skinny of fat regrowth

That’s the good news. The potential negative of liposuction is that through permanently removing the subcutaneous fat, the body may compensate by replacing it with visceral fat deep inside the abdominal cavity. This fat protects the organs such as the kidneys, intestines, liver and stomach. When this type of fat substantially increases, it can raise the person’s risk of developing obesity-related diseases such as inflammatory disease, type 2 diabetes and cardiovascular disease. 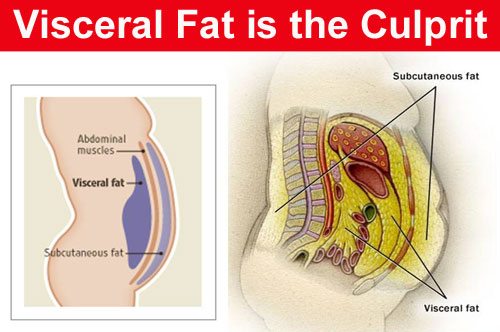 However, a few studies have found that these metabolic changes within the body are heavily dependent on the lifestyle choices of the recipient. That is to say, that not all people undergoing liposuction will regain weight if they maintain a healthy diet and exercise regularly. While liposuction decreases the adipose tissue mass according to researcher Samuel Klein, MD, it does not significantly improve obesity-associated metabolic abnormalities.

These findings have further highlighted that while liposuction removes excess fat, it is not a weight loss cosmetic surgery treatment. Those considering liposuction need to keep in mind it is a contouring procedure that can tone, tightened and contour the body and is not the answer to weight problems.

Fat regrowth can be combatted by exercise

A study by the University of Sao Paulo published in the Journal of Clinical Endocrinology and Metabolism concluded that the visceral fat increase can be effectively counteracted by regular physical activity. During the stud, thirty-six healthy females underwent liposuction where a small-volume of fat was removed from the abdomen. Half of the women were randomly assigned to commence an exercise program two months after the cosmetic surgery. This regime combined cardio and weight-lifting workouts three times a week for a period of four months. The other half of the women remained sedentary after the liposuction surgery.

In the six month follow up, the group of women who did not exercise showed a 10 percent increase in visceral fat than they’d had before surgery. It was also found, that when comparing diets, these women consumed fewer calories per day than those who were regularly exercising. The half of the liposuction recipients who had exercised post-surgery didn’t gain back the fat. Not only that, these women ended up with less fat in their bodies overall, showed signs of improved insulin sensitivity and gained physical fitness.

Exactly why this compensation with the body occurs is unclear and little research has been carried out to date. The authors of the Brazilian study theorised that the visceral fat gain may be due to recipients expending less energy post-surgery. No energy spent obviously results in weight gain regardless of whether you have undergone liposuction surgery or not.

Further supporting this theory, associate clinical professor of dermatology at Yale University School of Medicine, Lisa M. Donofrio, MD, suggests it may be due to the body trying to maintain fat homeostasis. The body is cleverly built to defend its fat stores and thus attempts to compensate for the loss of fat removed during the liposuction procedure.

Liposuction a tool to lead a healthier lifestyle

These studies highlight the importance of exercise not only for health reasons, but to maintain the liposuction results. Fat can be gained in other areas of the body as quickly as six months after liposuction. However, regular exercise may lessen the bodies drive to restore the removed fat and recalibrate how much it thinks the body should weigh.

It must be stated, that while there is potential for weight gain post liposuction surgery if the recipient doesn’t commit to a healthy lifestyle, as the President of the American Society of Aesthetic Plastic Surgery, Leo McCafferty, MD, states, “we don’t see many patients coming back with globs of fat in other areas of the body”. Generally, if the patient does gain weight, their overall size increases, but the new shape remains. Like, McCafferty at Cosmos Clinic, we recommend liposuction patients start or restart a regular exercise regimen a few weeks after the liposuction surgery to further enhance the contouring results.

All the evidence suggests liposuction should be considered as the first step in your journey to a healthier lifestyle. Liposuction is an excellent tool for correcting body disproportion and spot fat reduction but it is of no value for losing ample kilos overall. Unfortunately, the cosmetic surgery does not give recipients the license to eat whatever they want or refrain from exercising without consequences. This is the case of most, if not all, cosmetic surgeries to the body.

The beauty of liposuction as a cosmetic procedure is the relatively short recovery time depending on the type of liposuction chosen and the individual. Normal daily activities are encouraged to be resumed the day after the treatment. Light activities, such as walking, immediately after surgery is very important to help avoid blood clots. In as little as 2-3 weeks, most patients can get back into their vigorous activities such as weight lifting, aerobics and running.

It is recommended that liposuction recipients begin exercising at 25 percent of their usual workouts and gradually increase intensity as tolerated. Keeping in mind, the increase is dependent on the individual. A gradual rise is particularly important for those who may have not previously exercised prior to the surgery. While there is very little risk individuals can hurt themselves by diving into high intensity workouts, some exercises may feel uncomfortable. This is a great guide as whether the body is ready to work at such a level. It is important for liposuction recipients to speak with their surgeon and follow their individually tailored instructions.

While there is potential of visceral fat gain following liposuction, studies show through maintaining a healthy diet and committing to regular exercise, individuals can counteract the fat increase. Liposuction is the suburb method of shifting that stubborn fat and boosting your drive to life a healthily lifestyle and maintain the results.