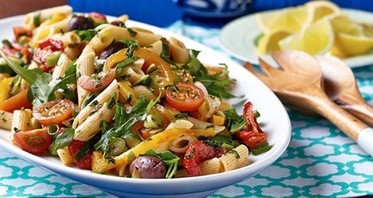 Yes, you can rejoice and hoover that bowl of fettuccine without the guilt! Finally, the news you’ve longed to hear has arrived – pasta won’t make you gain weight!

Obviously, it was the clever Italians who have discovered that people who eat pasta have a lower body mass index (BMI) than those who steer clear of the carb altogether. That’s not all, they also have a smaller waist-to-hip ratio!

By analysing the diets of over 23,000 Italians, researchers at The Institute for Research, Hospitalization, and Health Care Neuromed in Pozzilli found a linked between enjoying carbs and a reduced prevalence of obesity.

“In popular views, pasta is often considered not adequate when you want to lose weight. And some people completely ban it from their meals. In light of this research, we can say that this is not a correct attitude,” says Licia Iacoviello, M.D., Ph.D., head of the Laboratory of Molecular and Nutritional Epidemiology at Neuromed Institute.

The Paleo diet shuns pasta and it’s not recommended on the Atkins or Whole30. Other popular diets recommend you keep consuming carbs, like pasta to a minimum.

So does the news that you can now consume pasta without the consequence of weight gain sound too good to be true? Well, it is…sort of.

Pasta is a common food in the Mediterranean diet, a healthy eating plan that has shown to be effective in weight loss and preventing conditions such as heart attacks, stroke and type 2 diabetes. The diet consisting of fruit, vegetables, healthy fats, and whole grains is considered one of the healthiest diets and could be the reason why pasta lovers displayed healthy weight makers.

“We’re talking about a fundamental component of Italian Mediterranean tradition, and there is no reason to do without it,” explains Iacoviello. “The Mediterranean diet, consumed in moderation and respecting the variety of all its elements, is good for your health.” 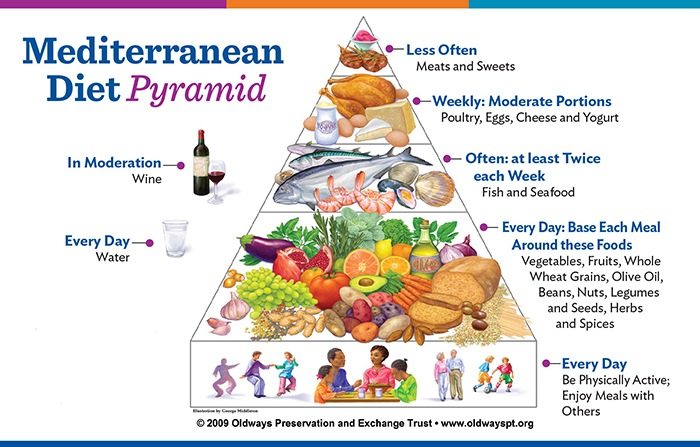 So while pasta is on the list of approved foods, it’s the Mediterranean diet in general that’s linked with smaller waistlines. And the keyword which we should focus on is ‘moderation’. We hate to break it to you, but if you start devouring bowls of spaghetti carbonara every night, chances are the number on your scales is likely to go up.

Nutritionist Cyndi O’Meara has a lot to say when it comes to the damaging effects of today’s wheat has on our bodies. She discusses the changes in wheat, one of which could impact on our body’s ability to digest wheat, in particular gluten. In the 1970’s Australia and the US were introduced to a new wheat called Triticum spp. This hybrid form of wheat has a marked increase in gluten, a quantity of which our gut bacteria struggle to digest. Hence the increase in those with gluten sensitivities of bloating, abdominal pain, and diarrhoea.

The important factors to consider when comparing wheat from Italy and Australia is the use of chemicals. In Australia, we use a fertiliser called NPK (nitrogen, phosphorus, and potassium) and lots of it. This depletes the soil of nutrients, resulting in deficiencies of trace minerals such as selenium, and iodine. These are all important co-factors in many bodily processes including digestion of gluten. We also use roundup which is herbicide containing Glyphosate and is known to increase the sensitivity of gluten.

The wheat in Italy is different, and so is their diet. In Italy, they use durum wheat with much less gluten, and their soil has a very different nutrient profile. The soil is rich in minerals and trace minerals, which all get absorbed into the food, making it more nutrient dense.  Not only that, Italy use much less pesticides than used in some other western countries, including Australia.

Before you twirl your spaghetti, not all pasta is the same

You may have the green light to consume pasta as part of a healthy Mediterranean diet, but there are a couple things that could derail your quest in maintaining your current weight. One of those being the type of pasta you’re consuming.

Firstly, there’s the question of fresh or dry. Fresh is often preferred by many because it uses fresh ingredients and is usually locally-made that day. Dried however, is made and packaged in a box or bag to be shipped over long distances where it can sit on a shelf for a period of time.

The way the two pasta types are made differs in processing and ingredients. A dough of eggs and flour (usually a “00” or all-purpose) is used to make fresh pasta. It’s then kneaded, pressed into rollers, and then cut into noodles or shapes to form ravioli or tortellini. Fresh pastas only requires a short amount of time to cook, and would traditionally be served with a light, delicate sauce.

Dry pasta on the other hand, is made from finely ground semolina flour or refined durum wheat flour mixed with water.  Once made, it’s pushed through a mould to make the desired shape before being dried at a low temperature for a couple of days or until all the moisture has evaporated. Dry pasta is then served with heartier sauces, like your rich ragu, or in soups and casseroles.

You’ll find both types of pasta served in Italy. In fact, dry pasta is particularly popular in the warmer parts of Southern Italy as it won’t spoil due to its long shelf life.

But which is healthier?

If you’re comparing white pasta, dry pastas often have higher amounts of thiamine, folate, manganese and selenium because they’re enriched with the nutrients. However, fresh pasta often has a higher nutritional value because of the omega 3 content in the eggs.

Fresh pasta is also lower in carbohydrates and calories when cooked compared to dry pasta. So if you’re watching your waist line, opting for a bowl of fresh pasta would be wise.

Secondly, the type of flour the pasta uses will impact on its healthiness. The most widely consumed pasta in Australia is made from refined grains to improve the shelf life, speed up cooking time, and create a certain texture.

Unfortunately, in the process of making refined flour, about 60 percent of the grain is removed including the bran and germ which contains most of the nutrients and the fibre.

Knowing this is vital if you don’t want to put on weight by eating pasta, as the fibre content in 100% whole grain pasta creates bulk in your stomach and is less likely to leave you feeling hungry for more.

Walter Willet, chair of the department of nutrition at Harvard School of Public Health says “we have many studies showing that people eating these refined starches have higher rates of obesity, diabetes, and heart disease compared to those who consume whole grains”.

For years Australian’s have been heading down the ‘supersize me’ road when it comes to food portion sizes. Back in the 1960’s, the average dinner plate was 25cm in diameter. Today it’s grown to 30cms, which has resulted in the average person consuming 60 – 100 percent more each meal.

This is not the case with those on a Mediterranean diet. While they may be consuming a bowl of pasta regularly, it’s nowhere near the amount Australia’s are accustomed to eating.

A bowl of pasta is typically served as a side dish with about ½ – 1 cup of pasta and sauce. The rest of the meal consists of fresh salads, roast vegetables, some fish or grass-fed meat. This is in line with the current Australian guidelines where ½ cup of cooked pasta is equal to one serve.

Not only is the amount of actual pasta much less in the Mediterranean diet then the amount us Aussies typically consume, the quantity of pasta sauce is also reduced. This is going to have a dramatic effect on the number of calories we are eating in each meal.

So yes, the upshot is pasta itself isn’t necessarily going to make you put on weight if you’re consuming the healthy type, wheat from Italy and the right portion of ½ a cup. Combine that with a balanced diet of wholefoods, and regular exercise and you may see yourself enjoying the many benefits of the Mediterranean diet.