How Your Waistline Increases Your Risk of Prostate Cancer 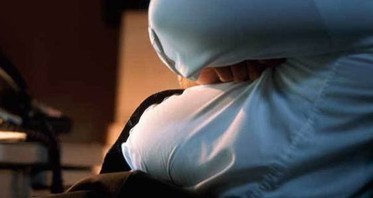 Losing the beer belly, or middle age spread around the waist goes way beyond vanity. New research has found men in their 50’s, who lose the fat around their waist, may significantly reduce their risk of developing prostate cancer.

For every 10cm the waist circumference increased, so did the chance of being diagnosed with the disease.

The average age of the men in the study was 52 years old. 7022 of the participants had developed prostate cancer after 14 years and 943 of those men had died.

In 2012, prostate cancer was one of the most common cancers to be diagnosed in Australians.

The Australian Institute of Health and Welfare believe it will continue its prevalence in 2016. It is estimated, 1 in 6 men in Australia will be diagnosed with the aggressive disease by their 85th birthday.

Dr Aurora Perez-Cornago from the University of Oxford said the latest research highlights an association between body size and prostate cancer exists, but it’s complex and varies depending on the aggressiveness of the disease.

She adds that the increased risk of developing prostate cancer is likely to be produced by cancer-causing hormones in fat cells, however, this is yet to be proven.

Dr Aurora Perez-Cornago strongly advises “men should try to maintain a healthy weight and if possible lose weight around their waist”.

Head of research funding at Prostate Cancer UK, Simon Greiveson, said “These findings may give doctors another warning sign to look out for. Unlike other known risk factors, being overweight is a risk factor men can do something to change.”

She also points out, maintaining a healthy weight can “help men reduce their risk of several other cancers including bowel cancer.” This has been seen in research carried out by Imperial College London and the University of Leads, where even people who were slightly overweight with excess abdominal fat had an increased risk of bowel cancer.

Belly fat: easy to put on, hard to work off

Belly fat is easy to put on, but unfortunately, it’s harder to work off than fat in other areas of the body. The reason for its stubbornness is that the fat cells in this area are highly resistant to mobilisation.

When you’re burning fat, your body undergoes two processes known as lipolysis and oxidation. In lipolysis, the fat cells release fatty acids (stored energy) into your bloodstream. During oxidation, your cells burn those fatty acids.

Catecholamine are the chemicals responsible for stimulating lipolysis. When these chemicals flow through the blood, they attach themselves to receptors on the fat cells. Once attached, they release the fatty acids helping you burn stored energy.

If you’ve ever tried to lose weight, you’ll know you can’t target belly fat no matter how many crunches you do. That’s why several cosmetic procedures have become highly popular amongst men and women to rid stubborn fat.

Depending on the amount of fat you need to lose, Cosmos clinic offer the following treatments aimed at targeting the abdomen and reducing your waistline:

The exact cause of prostate cancer remains unknown. Evidence suggests genes, ethnicity, diet, hormones, and the environment may all play a role in the development of the disease. The risks of being diagnosed with prostate cancer increase with age.

According to Cancer Council Australia, prostate cancer is the third most common cause of cancer deaths in the country. Currently, there are no proven ways to prevent the disease, but perhaps working on reducing your waistline could reduce your risk.