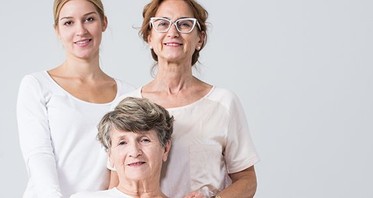 Searching for the fountain of youth has been a quest for many and many have failed. Now, three Australian research teams are racing against the clock and each other to find a treatment to cure the inevitable condition of ageing. And they are closer than ever before.

Their approaches to ageing are very different, but their research has progressed so far that they are beginning testing therapies and pharmaceuticals on themselves and conducting human trials.

We take a look at the three teams and their approaches to discover the fountain of youth.

Team One: The Pharmacists

Led by Professor David Sinclair, team one is based at the University of NSW and are on the brink of starting human trials for their supplement. Dr Sinclair is well-known for his 2003 anti-ageing discovery of the red wine compound, Resveratrol.

For his research, Dr Sinclair made it into Time magazine’s 100 most influential people of 2014. However, human trials of resveratrol found that in the high concentrations required for therapeutic benefits, the participants experienced diarrhoea.

This set back didn’t stop the team’s quest to find a cure for ageing. Instead, they directed their attention to the metabolite NAD+ which improves the body’s natural ability to repair DNA damage. For the past four years, the researchers have been working on a drug substance which is an NAD+ precursor known as NMN.

In mice trials, just one week of the NMN therapy saw positive results giving the green light for human trials to commence. “This is the closest we are to a safe and effective anti-aging drug that’s perhaps only three to five years away from being on the market if the trials go well,” said Dr Sinclair.

It’s long been known that diet has a profound influence on our health and longevity, but curing ageing with a particular diet has been out of reach. Professor Stephen Simpson at the University of Sydney is leading the charge to discover dietary manipulations that could extend our lifespans.

Since the 1930’s scientists have proclaimed calorie-restricted diets could increase our lifespans by up to a third. However, the side effects of permanent low body temperature and stunted growth have always been an issue.

When Professor Simpson noticed a key flaw in this research: while restricting calories was the focus, there was no research into the types of calories.

In a fruit fly experiment, Professor Simpson found a high carbohydrate and low protein diet resulted in an extended lifespan from eating as much as the fruit fly desired.

Fortunate to receive funding of $20.6 million from an anonymous donor, the University of Sydney was able to build an institute based on Professor Simpson’s research. He is now ready to launch a number of clinics that will test the anti-aging dietary ideas which he is already testing on himself.

“I think our work here I translatable virtually immediately,” said Professor Simpson. “The dietary manipulations that are required to produce the effects we’re seeing experimentally in mice, we’re seeing reflected in analysis of population data of humans.”

There is a downside to research team’s dietary protocol: the mice subjects adhering to a low-protein diet displayed envy towards their high-protein counterparts. While these mice had a shorter lifespan, they experienced increased testosterone levels, greater lean muscle mass and better reproductive health.

The solution to this may be found in the research by Dr Matt Piper of Monash University in Melbourne. “If we discover the genes involved with ageing, we should be able to delay ageing itself. This is what we’ve found,” said Dr Piper.

Unlike Professor Simpson who has proved nutrient ratios are key in a calorie restrictive diet designed to improve lifespan, Dr Piper is interested in the ratio of the different types of protein.

After examining the exact number of proteins and amino acids in the DNA of a mouse, Dr Piper went on to feed the mice subjects a low-protein diet that contained the exact ratio of amino acids, the building blocks of proteins.

The results saw the mice having an increased lifespan as well as higher testosterone levels and greater muscular growth.

Dr Piper has been previously quoted as saying his research is all just “theoretical at the moment” and that there is currently no timeline for when it can be used for humans. “We take the novel approach of viewing these chronic illnesses as being symptoms of a common underlying problem: ageing itself. If ageing can be treated, can we offset the diseases that come with it? It’s not just about living longer, it’s about living healthy.”