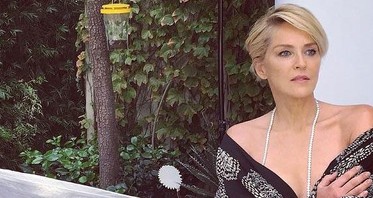 Anyone who has seen Harper’s Bazaar’s recent photos of 57-year-old American model turned actress and producer Sharon Stone, nude except for some fine jewellery and a pair of Jimmy Choo heels, can attest to her stunningly youthful good looks. The star of Basic Instinct and Casino has shared her exercise routine and views on ageing in the past, and now lets us in on another beauty secret: fillers. Stone uses dermal fillers for more than just filling in wrinkles.

Her enviable physique and face have won the actress places on the covers of Esquire, Rolling Stone, Vogue, Marie Claire, and many other magazines. Last year, she told Shape magazine that she stays toned with her own combination of dancing, yoga, stretching, and even leg exercises she performs in her bathtub using water for resistance. Stone eats steak but avoids alcohol.

Recently the actress assumed a new role in addition to those she plays in the movies: brand ambassador for the popular dermal filler Restylane, made by Galderma. Sharon Stone revealed that she has benefited not just from the anti-aging effects of fillers; when she suffered an aneurysm and brain hemorrhage in 2001, fillers helped restore the symmetry to her face that she lost as a result of the stroke.

The idea of symmetry as a hallmark of beauty is cross-cultural, and research has shown that the opposite sex rates symmetrical faces as more beautiful. The Daily Mail covered the use of fillers to obtain “scientific beauty”, a term referring to this symmetrical preference. Women frequently observe that their face is aging on one side faster than the other, wondering if it is due to sleeping on one side more than the other, or from sun exposure from the driver’s side car window during long commutes.

When the fat in the cheeks erodes more on one side, or the lips are asymmetrical, fillers can be used to sculpt the face to more even proportions, in addition to softening or erasing creases and lines. 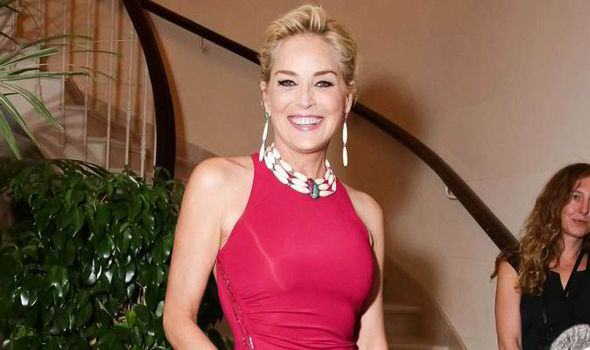 The fillers Sharon Stone and other celebrities use contain hyaluronic acid, which is a substance that stimulates skin elasticity and volume. The collagen-promoting properties of hyaluronic acid are evidenced by the number of patients who find that they can extend the time between treatments as time goes on.  How long the effects last often depends on where the filler is injected. The lips, for example, may require touch ups as frequently as every six months, while in other parts of the face, fillers may last for one to two years.

Fillers work instantly allowing the patient to view the results in a handheld mirror and provide feedback about the desired level of augmentation to the lips or lift to the cheeks. This is reassuring for first time patients who, like Stone, don’t want to “look like a trout.” Injections are made more comfortable by the application of numbing cream while the patient relaxes prior to the procedure. The procedure takes half an hour to an hour, and the patient leaves with a small ice pack to help avoid the minor bruising that can occur.

Discussing facelift procedures, Stone has said that she didn’t want to like look she was “sucked through a wind tunnel.” The actress prefers the more natural look that can be achieved with the artful placement of injections. The incredible popularity of fillers also stems from the fact that they are often used as an alternative to surgery. Fillers are even used to reshape the nose without rhinoplasty. However, as is the case with surgical procedures, the natural results that can be achieved with fillers depend largely on the skill and qualifications of the person injecting them. It’s important to choose a reputable medical practice with the appropriate qualifications.

Sharon Stone is not the only one to discover the wide range of non-surgical possibilities that fillers offer. Whether it’s making both sides of your face your “best side,” filling in acne scars or lines, evening out a bump in the nose, or achieving a natural looking lift to the cheeks, the affordable price, convenience, and impressive results of fillers continue to contribute to their rising popularity.