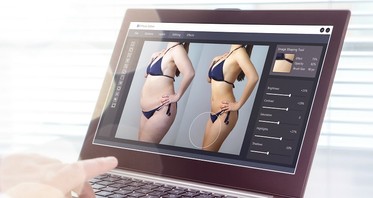 A new study suggests photo editing apps that allow you to retouch and airbrush blemishes from your selfies may be fueling the cosmetic surgery boom.

Research published in the JAMA Facial Plastic Surgery has found a positive association between photo editor apps such as Snapseed, VSCO and Adobe Lightroom and cosmetic surgery.

The study which surveyed 252 participants found an increase in social media use and selfies impacted their attitudes towards cosmetic procedures, making the treatments more accepting.

The Maryland study found of the individuals surveyed, those who use the popular iPhone and Android social media apps Youtube, Tinder and Snapchat (including editing features such as Snapchat filters) reported the highest acceptance of cosmetic surgery.

Those who use Instagram and the app’s editing tools on their smartphone recorded an increased consideration of cosmetic and plastic surgery procedures.

Interestingly, WhatsApp smartphone users noted a lower acceptance of cosmetic surgery compared with nonusers. The author’s hypothesised, the difference in acceptance for cosmetic surgery may be associated with the features of the app store programs.

For example, WhatsApp is primarily used to exchange text messages from one individual to another. YouTube users share videos and are exposed to a wider range of social media influencers. And the smartphone app Tinder relies greatly on self-appearance through the display of high-quality photos and dating profiles.

Google ‘best photo editing apps’ or search Apple’s app store and you’ll find there are a plethora of editing tools that allow you to achieve the best photo possible with your smartphone. This may entire blemish retouch, tweaks of the white balance or adjusting the exposure.

With the increased number of apps and improved camera app technology, these photo editors are commonly used amongst celebrities and everyday individuals. However, the recent study suggests many may be using the editing tools to help manage their self-image.

People who used Adobe Photoshop or the photo editor VSCO reported on average, lower self-esteem scores. However, VSCO-editors were more likely to only edit the aesthetics of the photos and adjust the lighting rather than retouch their face or bodies like those who use Snapchat filters and other editing tools.

It’s suggested influencers and celebrities who regularly post their best selfies to their social media audience could also be boosting the interest in cosmetic surgery.

In previous years, individuals in the public eye were reluctant to talk about any cosmetic surgery they had undergone. Now, more A-listers and influencers are not only disclosing they’ve had a nip and tuck, but they’re also happy to share their experiences on social media.

New Zealand Influencer Sarah Harris, for example, has been extremely transparent about her recent cosmetic surgery experience with Cosmos Clinic.

After intense media speculation, Kylie Jenner admitted that her plumped lips were thanks to fillers. And earlier this year, Cardi B revealed to her fans she had liposuction and breast augmentation after the birth of her daughter.

This recent study suggests social media and photo editing apps such as Snapseed, VSCO and Adobe Photoshop are playing a role in normalising cosmetic surgery and perhaps driving its popularity. The authors of the study believe their findings may be helpful for practitioners and patients when discussing surgical outcomes and expectations.