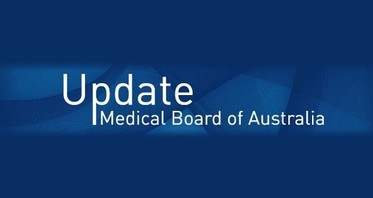 As of October 1 2016, new guidelines have been issued for medical practitioners performing cosmetic and surgical procedures in a bid to improve patient safety.

The Medical Board of Australia’s new guidelines have been designed to protect consumers who are considering cosmetic procedures by installing strict rules for cooling off periods, patient assessment and informed consent.

Sarah McMahon a clinical psychologist, is clearly opposed to young people undergoing cosmetic surgery and our society normalising the procedures. The rise in popularity of cosmetic surgery for those under 25 years has identified a problem in our culture where people feel they need to fix themselves to fit in or feel as though they’re unattractive, she says.

After hearing from several young guests, who speak of their considered decisions to under non-invasive procedures to enhance their features and self-esteem, Sarah argues physical intervention, can’t fix physiological issues.

“We should be helping people feeling comfortable in their skin before cosmetic surgery.”

During the Insight episode we met “Emma” and hear firsthand how cosmetic surgery for young patients can be life changing.

As a child Emma, whose name had been changed for privacy, was ridiculed by her sisters for having a vagina which looked different from their own. The negative comments left her traumatised to the point she wanted to cut her labia off in an effort to normalise her appearance.

The physiological damage continued as the young women talked about her first sexual relationship, where her partner told he she “look weird and different”. She remained in the relationship for 6 years, during which she was subjected to verbal abuse.

In fear no one would want her due to her physical appearance, Emma lacked the confidence to leave the damaging relationship. Even though she knew there was a large variety of women’s vaginas, Emma said it didn’t make a difference to how she viewed her body and her emotional scarring.

Emma had decided to undergo labiaplasty to alter the size of her labia in a quest to not only improve her self-esteem, but to give her the confidence to leave the abusive relationship.

Since undergoing the surgery, Emma says her confidence has improved dramatically and she is now in a healthy, happy relationship.

Gemma, a researcher from Flinders University, says Emma’s story is very similar to other women who are considering labiaplasty. Her decision to undergo the surgery is completely understandable says Gemma and makes her the ideal candidate for the procedure.

Negative comments are a strong influence into why women are opting for surgery, explains Gemma. Other reoccurring influences include the media, pornography and even advertising like of yoga wear.

Cooling off periods are encouraged

Due to the rise in popularity of young people undergoing cosmetic treatments, firm guidelines are now in place encouraging greater cooling off periods and psychologist assessment before major procedures.

The new guidelines require practitioners to allow for a:

The changes have been made to prioritise patient safety and reduce the fears of some, like Sarah, who worry cosmetic surgery is being normalised and is fuelled by trends.

Regardless of whether or not cosmetic surgery is becoming normalised for younger people, Vice President of the ASPS, Dr Gazi Hussein, says it’s important for a patient to “process the magnitude and nature of what they were getting themselves into, but also have been able to process the potential risks.”