Negative Effects Oestrogen is having on Men 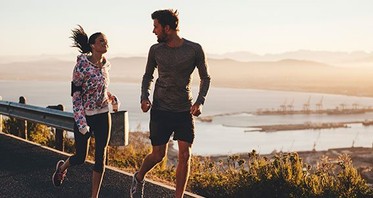 Oestrogen is commonly referred to as the women’s sex hormone, but what many don’t know is that oestrogen is also made naturally, in much smaller amounts, in a man’s body.  When abnormally high amounts of the hormone is produced, oestrogen starts to have major negative effects on the male body including fertility, cholesterol, weight gain, enlarged breasts and cardiovascular problems. It is essential for the health of both women and men to have the right balance of the oestrogen hormone.

Oestrogen is vital in ensuring the male body functions properly.  The hormone is made up of three types including oestriol, oestrone and oestradiol, which is the most active within men.

Oestrogen plays a key role in the reproductive system, development of sperm and in keeping the joints and brains of men healthy.   Recent studies also suggest the hormone may play a vital role in the cardiovascular system. The amount of the oestrogen hormone needed to support these particular functions in men is relatively small.

Professor Richard Sharpe, a senior scientist of the Medial Research Council Human Reproductive Science Unit, says ‘Both sexes need to keep their levels of oestrogen and testosterone in balance for good health. There is no absolute level of either for men and women – it is the relative levels that are important’.

Both sexes make oestrogen out of testosterone and throughout our lifetime the balance between oestrogen and testosterone change, however men are particularly affected by this change.  So much so, men typically end up with a least twice as much oestrogen as postmenopausal women.  Where oestrogen in women has a protective function, especially in regards to heart health, in men it seems to do the opposite.

Professor Mary Ann Lumsden, a gynaecologist from Glasgow University, says ‘a study a few years ago that involved giving men large doses of oestrogen to try and reduce their risk of heart disease had to be stopped because some men developed blood clots’.

In men, oestrogen is manufactured in the testes, however the adrenal glands and fat cells also produce the hormone.  As you gain weight, oestrogen levels tend to rise and an imbalance occurs. This is more common in middle-aged men.  As men age, they generally produce less testosterone, but more of what they do make is turned into oestrogen.

In middle-aged men, too much oestrogen is partly to blame for the development of men’s beer bellies and man boobs.  This is because oestrogen levels have a direct impact on our fat cell storage and ultimately becomes a vicious cycle.  An increase in oestrogen signals the body to store more fat cells, which then secretes more of the hormone into the system.

In a study by New England Research Institutes of 1,822 men, their waist circumference was the single, strongest predictor of low testosterone levels.  Through cosmetic procedures, like liposuction, it is possible to reduce aromatase by removing excess fat, thus decreasing the amount of oestrogen secreted into the body.  This is a particularly effective technique in treating adnominal fat stored between the skin and the muscles.

Once these fat cells have been removed, the secretion of oestrogen may decline.  Research shows that decreasing body fat and building lean mass may be the key to preventing cancer and will help with oestrogen elimination.

Gynecomastia, commonly known as man boobs, is also a common condition that results when oestrogen and testosterone levels become imbalanced. The breast tissue abnormally increases usually in both breasts.  Gynecomastia is common in young men going through puberty due to the fluctuation of the sex hormones. In many cases, this will resolve itself as the hormone levels stabilise.

It often then occurs or reoccurs in the middle-aged men, due to an increase in body fat and a natural decline in testosterone production.

Where diet and exercise does not resolve the gynecomastia, Vaser Liposuction is the cosmetic procedure of choice.  In a non-invasive procedure, this effectively removes both the fat tissue and the glandular of the chest area.

Other effects excessive oestrogen can have on men

Beyond weight gain, excessive oestrogen levels in men can significantly impact their health and not in a good way! Possible problems of this imbalance can include:

There is growing evidence to suggest excessive oestrogen in men can lead to unfavourable health outcomes. While the body makes oestrogen naturally, it is also found in our environment from our foods to our personal care items.  So having too much oestrogen is a common problem for the male population.

The good news is that is relatively easy to lower the male oestrogen levels, which in turn will increase the amount of circulating testosterone.   The most effective and important way men can decrease their oestrogen levels is by losing weight.