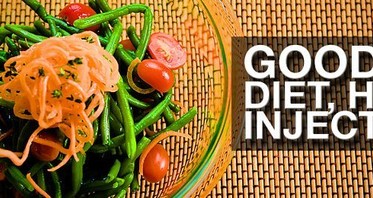 It’s a terrible fact that 28% of Australians are obese – a figure that has doubled over the past two decades. Obesity is the third highest risk factor for death after smoking and high blood pressure and is attributable to many other fatal diseases such as Type 2 Diabetes, Heart Failure and Stroke.

Although many Australians are seeking to preserve their youth, a good portion of the population may not even have much of a life after their youth. The benefits of anti wrinkle injections are famously known for improving fine lines and facial wrinkles but clinical trials are now testing how these injections can help fight obesity.

Several small-scale human studies have previously been conducted to test the clinical application of Anti Wrinkle Injections on those who are suffering from obesity. So far, there has been some evidence that injecting Anti Wrinkle Products into the muscles of the stomach wall can inhibit digestion and create the feeling of being fuller for longer.

This is usually the principal goal for Intragastric Ballooning and other more highly invasive bariatric surgical procedures such as Lap Band surgery and Gastric Bypass surgery. These procedures are currently the only options for Australian doctors to treat morbidly obese patients and the only procedures covered by most health insurance companies.

Bariatric surgery, however, is certainly not a flawless solution. Research has proven 10% of patients who undergo a Gastric Bypass fail to lose adequate weight and one in three bariatric surgery patients will develop gallstones; 7% need to have their gallbladders removed. Other complications from bariatric surgery are stomach ulcers, blood clots, abdominal hernias and bowel obstruction.

Clearly, there is more to be done for developing treatments for those with a body mass index (BMI) of 30 kg/m2 or higher. Enter, Anti Wrinkle Injections!

This naturally derived bacterium can smooth wrinkles, correct strabismus, treat migraines and cerebral palsy. Discovered after an outbreak of disease and unfairly given a bad name, Anti Wrinkle Injections may soon be the key to curing the most deadly and preventable cause of death in the developed world.

A Chinese study, an Austrian study and a Brazilian study all showed obese subjects felt early signs of satiety (feeling full) but couldn’t attribute significant weight loss to endoscopic injections of Anti Wrinkle Products into the stomach wall. However, one Italian study on rats proved these treatments with Anti Wrinkle Injections could see an 8.2% loss in body weight.

A new clinical trial conducted by NTNU that began in February will run for substantially longer and will include many more participants. After seeing proven research succeed in Norway, it will only be a matter of time before Australians can wave goodbye to obesity with Anti Wrinkle Injections.

What is buffalo hump and can I remove it?