The Hollywood Face-Lift Is on the Decline 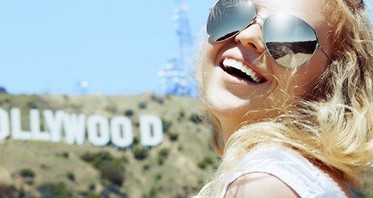 It’s no secret, Hollywood is obsessed with youth, so much so, the city of Los Angeles is often at the forefront of cutting edge cosmetic trends. When your face is up on the big screen or splashed on the front covers of tabloid magazines free for everyone to critic, who can blame them?

Going under the knife for invasive plastic surgery is not uncommon, however, new statistics suggest the image-obsessed culture is switching face-lifts for a more ‘natural’ look.

According to a 2015 study conducted by the American ASPS, there has been a 31 percent drop in the number of face-lift procedures performed in the western U.S. “Nobody wants a face-lift anymore; all of my patients are scared”, says anti-ageing researcher and physician to many A-list celebrities Barbara Sturm.

Well regarded Beverly Hills dermatologist Harold Lancer, says his surgical “colleagues have shared that traditional face-lifts are down 10 to 15 percent”. LA associate clinical professor and owner of Ablon Skin Institute on the Manhattan Beach Studios lot Glynis Ablon agrees saying “most of our patients don’t come in here asking to look 25 years younger. They’re more realistic. They want to look like themselves, not pulled and weird.”

Anti-wrinkle injections, dermal fillers and thread lifts are becoming the preferred option for those looking to rejuvenate their appearance. “Whether we like it or not, we’re moving away from traditional face-lifts because of new technology”, says New York doctor Z. Paul Lorenc. It appears the general anaesthesia, pain and discomfort, and the three-week recovery time that comes with a face-lift procedure is directing people to more non-invasive options.

“Cocktails” are in vogue

“Twenty years ago I was doing face-lifts; now it’s only noses, injectables and lasers,” says Beverly Hills doctor Raj Kanodia. “I’m vain, but I personally don’t ever want a face-lift. I’d rather have wrinkles than look pulled and artificial.”

Kanodia is well known amongst the Hollywood set for his artful approach to restoring youth in his clients. Opting for a “cocktail” three-pronged approach, Kanodia uses Anti-Wrinkle Injections and fillers to lift tissue and lasers to tighten muscles. “I’m very aggressive with restoring volume, lost fat and augmenting tissue to take skin to the contours of someone in their 30s,” he says.

Lancer has also ditched the face-lift for his preferred “cocktail” of ultrasound treatment to lift and tighten, and a radio-frequency procedure. He performs this two to three times over a period of three months before using low volumes of fillers, Anti-Wrinkle Injections and absorbable thread cones, which help “support the tissue and help make the fillers and Anti-Wrinkle Injections more effective”.

The new face-lifts of Hollywood

Silhouette Soft Face Lift has globally become a popularity alternative to the traditional face-lift for those looking for a non-surgical solution to rejuvenate their look. Using absorbable thread cones, patients can reduce the signs of ageing in a more natural way than what can be achieved by going under the knife.

With no incision required, the procedure only takes 30 minutes and there’s next to no recovery time. The treatment can be used to define the natural contours of the face, tackle sagging jowls, give volume to the cheeks and open the eyes by lifting the brows.

The results of the mechanical lifting effect are immediate; however, the client’s appearance continues to improve following the treatment. This is due to the natural stimulation of collagen production that occurs in the three months following the procedure. The appeal of the Silhouette Soft Face Lift for many is not only the minimal down time and no general anaesthetic but also the results of a lifted face with tighter, firmer skin.

For those wanting to totally avoid any incision, the latest face-lift procedure to be gaining the attention of the Hollywood community is the Ultraformer. Delivering focus ultrasound energy, this new technology can lift the skin and reduce wrinkles to create a more youthful appearance.

Stimulating the collagen production, the Ultraformer provides long lasting lifting effects without damaging the skin’s surface and with minimal discomfort. The results of the non-invasive face-lift are immediate, which is a bonus for celebrities in the spotlight.

These new forms of face-lifts are producing the same natural results time and time again which can’t be said for traditional face-lifts. The number of pulled and strangely altered faces around Hollywood are bound to be reduced thanks to these emerging technologies.