Growing male trend: Grooms having cosmetic surgery before saying ‘I do’ 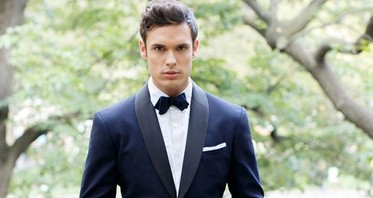 A large focus of any wedding is how the bride looks, the dress, jewellery, hair, makeup, tan, and even in some cases, a little weight loss.  A growing trend has seen a number of grooms getting on board, doing what they can to improve their appearance for the big day.

Enter ‘Anti-Wrinkle Injections’, a non-invasive procedure grooms and their groomsmen are lining up for to even out the lines, tighten their necks and restore volume to their face.  An increasing number of men are looking to erase the years with a pre-wedding touch up, giving the brides a run for their money in the looks department!

Australia becomes number 1 in the word for cosmetic injections

Per capita, Australia rates number 1 in the word for cosmetic injections and men are playing just as big a role in the industry’s growth. In fact, 1 out of every 10 cosmetic injections is being performed on males as there has been an increased acceptance of cosmetic treatments for men.

In 2014, it was estimated Australians spend over $600 million on non-invasive cosmetic treatments, and $300 million of that is believed to have been spent on anti-wrinkle injections alone.

Facials are seen as a thing of the past, as more men and women look to address issues such as acne scarring, fine lines and volume loss, and an overall rejuvenation of the skin through cosmetic treatments.

Brother, best man and fiancée book in for a pre-wedding touch-up

Recently, groom Mr Baggett, best man Corey Baggett and fiancée Rosie Noesi made an appointment with Dr Dendy Engelman, an aesthetic dermatologist at Manhattan Dermatology and Cosmetic Surgery.  The three were seeking a cosmetic enhancement before the upcoming wedding 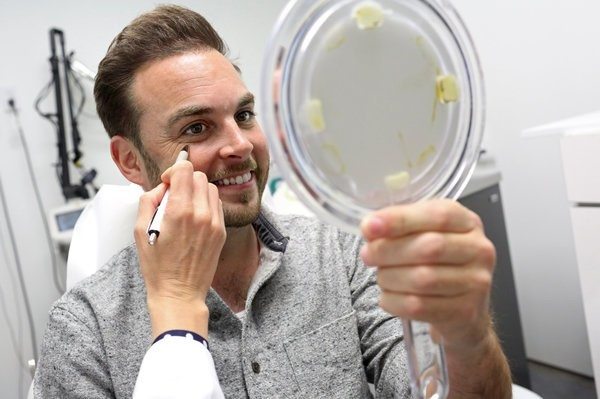 “We look at Corey’s wedding photos often, and that was a bad point in my life in terms of how I looked,” Mr Baggett told the New York Times. “My head was shaven and I was a bit heavier. They’re tough for me to see. I don’t want that to be the case for my wedding pictures.”

The latest fat-melting injectable,  was suggested for use around the chin and neck area to create a more attractive angle of the jawline and reduce the ‘double chin’ look. Due to timing, however, an injectable was chosen as the appropriate treatment to erase the crow’s feet and forehead lines, giving the trio an overall fresh-faced appearance as they walk down the aisle.

Soon-to-be husband, Mr Diaz has also begun cosmetic treatment to help him lose weight before he says ‘I do’.  The 44-year-old has begun his four sessions of SculpSure, a non-invasive body contouring treatment, similar to CoolSculpting, that destroys fat cells of the abdomen and flanks, at Dr Jennifer Levine’s office in New York.

“I gained 32 pounds over the past three years, so I couldn’t fit into the linen jacket I want to wear at our wedding,” said Mr Diaz in an interview with the New York Times. “I’ve already lost 20 pounds, but fat has memory, and if I wanted to wear the jacket I needed this treatment. This is the biggest day of my life. All of my friends, family and co-workers will be there. I really want to look good.”

The contouring treatments take just 25 minutes each and cost $US1500 per session. “There’s no downtime. It’s not invasive. You can do it during your lunch break. Men who have the money find all these things very attractive”, said Mr Diaz.

Mr Diaz says there is more acceptance for men getting cosmetic procedures and wanting to look good.  He attributes much of this to the gay community.

“We’ve been very honest and open about wanting to look better,” he said. “The TV show ‘Queer Eye for the Straight Guy’ made looking good and caring about yourself acceptable to everyone, which has helped heterosexual men be O.K. with getting these procedures. And women want their husbands to look as good as they do, so looking good has become a competition.”

Miles Groth, a professor of psychology and chairman of the psychology department at Wagner College in New York, specialises in men’s gender issues.  “For a very long time, emphasis was placed on what a man did, not how he looked, while women were judged on the opposite.”

Miles tells the New York Times, there is a movement away from this mentality and men are beginning to feel the pressure of looking good, just in the same way women have for centuries.

“Today there’s as much pressure on men to look good and take care of themselves as there is on women. That’s a new phenomenon. Men are now being judged on their job, on the quality of the bride, and on how they look, which is why these kinds of enhancements have become more acceptable and almost expected.”

One thought on "Growing male trend: Grooms having cosmetic surgery before saying ‘I do’"