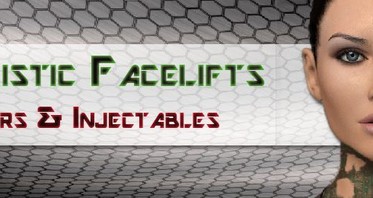 Cutting, Slicing, Scalpels and Stitches might be a rarity in years to come, Lasers and Injectables seem to be the way of the future for Cosmetic Surgery.

Facelifts are one of the most common cosmetic procedures around the world. Simple lines and wrinkles which may appear around the age of 30, eventually become permanent, deep marks left on the face. Combining with this, the loss of elasticity of the skin as we age, and the downward migration of the fat in our faces, leaves us with hollowness towards the top of our face, with droopy, and puffy jowls and chins, and wrinkles all over.

For years people have been fixing this issue with traditional facelifts. These surgeries, while common, are very invasive, and can have some major complications.

The skin is then separated from the muscles and fat underneath. If there is fat there, it may be liposuctioned out to give the face a trimmer look. The muscle and tissue are then tightened, this lifts the cheeks and gives the jawline more definition.

The skin is then pulled back up over the area which has been treated, and any excess skin is removed with a knife. The long incision is then closed with stitches. Traditional Facelifts usually cost around $12,000 – $20,000

There are many signs of ageing that people think a Facelift will fix, including saggy eyelids, bags under the eyes or droopy eyebrows. A Facelift does not fix these issues, an eyelid lift, fillers or anti-wrinkle injections may be also needed.

The Laser Facelift is a minimally invasive alternative to a traditional facelift and can be a great choice depending on what the patient needs. Laser Facelifts can melt the fat pads which drift down towards the jowls of the face as we age. The fat is then removed, giving a trimmer and more defined jawline. The Laser also tightens the skin. 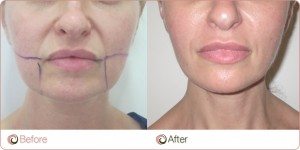 If wrinkles are your main concern, fillers and anti-wrinkle injections may be the answer. Dermal fillers are commonly used to plump up lips & cheeks, fill in deep wrinkles and contour the face. Anti-Wrinkle Injections are used to relax muscles, lessening any wrinkles that may appear with facial expressions. Anti-Wrinkle Injections can also fix heavy brows, by lifting up the forehead, reducing the angry look which we get as we age. 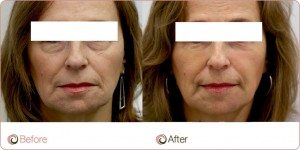 Here are our top 3 picks of some dodgy facelifts. 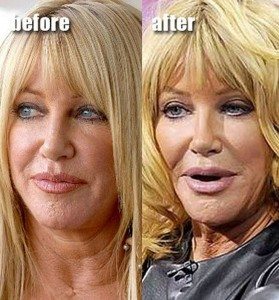 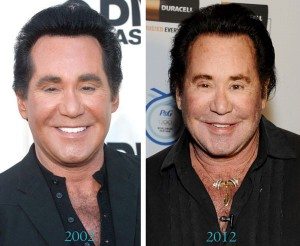 Have any other famous facelift failures you’ve seen? (There are a lot out there!) Leave the link in the comments below!