How Is Fat Disposed of After Liposuction? 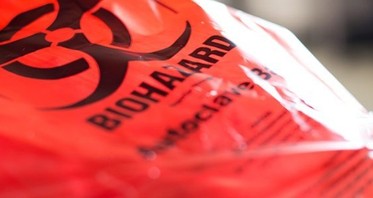 In early 2016 a couple of amputated legs wound up dumped in a rubbish tip near Newcastle in NSW, along with other medical objects including syringes and blood vials. The Environmental Protection Agency (EPA) said the legs were found sticking out of a pile of garbage and began an immediate investigation on how they ended up there. Given the legs were surgically removed, the investigation centred on medical facilities in the area that performed these kinds of operations.

In NSW, clinical waste must be disposed of in accordance with the NSW Government’s Waste Management Guidelines for Health Care Facilities. All other Australian states have similar guidelines for the disposal of clinical and anatomical waste. Clearly, in this situation, health standards and protocols were either ignored or a calamitous mistake was made, a serious issue for members of the public and the healthcare industry as a whole. Anatomical waste must be disposed of appropriately out of respect for the patients and their families, and the health and safety of the general public.

What’s wrong with throwing anatomical waste in the rubbish?

Anatomical waste is defined as any human tissue, including those with free-flowing or expressible blood. At Cosmos Clinic, we perform several procedures that require the removal of human tissue. Should any of this anatomical waste be disposed of inappropriately, there are several possible consequences:

At Cosmos Clinic we have a waste management policy to ensure the correct procedures are followed when handling, transporting and disposing of anatomical waste. This policy is implemented to reduce any potential risk to patients, staff, contractors, members of the general public and the environment. We are able to minimise this risk in several different ways:

All of our staff are trained to comply with our waste management policy.

What does Cosmos Clinic do with fat removed during liposuction?

Our liposuction and mega liposuction procedure remove large amounts of fat from patients who are overweight or obese. This could involve the removal of up to 10 litres of fat over several sessions. To dispose of this anatomical waste appropriately, we engage a biological waste management company that complies with EPA guidelines in the four different states and territories in which we have clinics.

Our biological waste company provides us with lockable waste bins that are colour coded, lined with PVC plastic bags and clearly marked so we can separate the various forms of clinical and anatomical waste. This waste is then transported and disposed of in accordance with EPA policies. For anatomical waste, this means incineration in a biomedical waste or crematorium incinerator to ensure there is no chance of infection or disease to the general public.

We promise to maintain the highest standards

At Cosmos Clinic we take our responsibility for the management and disposal of anatomical and clinical waste very seriously. We are committed to the safe and responsible management of all anatomical and clinical waste generated at our clinics. The unpleasant incident at the rubbish tip near Newcastle has highlighted how vital it is for health care facilities, including cosmetic surgery clinics such as ours, to maintain the highest possible standards.