Fat Bank – Saving your fat for future use 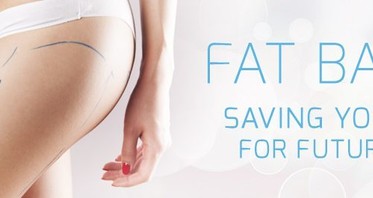 If you were thinking a bank is only good for keeping your financial investments secure, think again.  You are now able to save your fat for future use at several ‘Fat Banks’ around the world.  This unique concept was first started in 2011 by Dr. Jeffrey Hartog from Seminole County, FL when he launched the Liquid Gold lipid bank.

Dr. Harog developed and patented a process that removes fat from patients during liposuction and then stores it in a super deep freeze for an inevitable period of time.  The ‘Fat Bank’ allows for cosmetic surgery recipients to store removed fat for future use.

Why save fat you don’t actually want in your body?

As more and more people are looking to rid themselves of unwanted fat in stubborn areas such as love handles and stomach you might wonder why you would want to save that fat.  Dr. Hartog has stated ‘having their fat in the bank would allow patients to draw on it later, when they want to plump up body parts that have succumbed to age’.  He suggests this process means the patients only have to be anesthetised once, but during this procedure will provide as much fat as required for later injections.

Cosmetic surgery recipients who may have had liposuction in the past have the option to draw on the stored fat when they want to plump up body parts that have succumbed to age.  You may think of it like a natural filler to even out those wrinkles in the face, or to give volume during breast enhancement surgery or even butt augmentation.

Dr. David G. Genecov, says he finds it particularly useful when patients are undergoing a breast augmentation. The stored fat can be immediately used to fill out the breast.  When the patient comes back for a routine post-surgery assessment in three to six months they have the option to easily add more volume with their own fat.

Saving your fat is not only for cosmetic procedures

Research from the University of Oklahoma has suggested the ‘fat bank’ may also be valuable in saving fat for the stem cells.  Incredibly scientists at the university were able to grow new blood vessels from adipose stem cells. There is potential for these newly formed blood vessels to be used in complicated medical procedures such as heart bypass surgeries.

Dr. Genecov of BioLife Cell Bank, suggest saving your fat is the way of the future because you will be able to utilise the stem cells within it.  As the body is the richest source of adult stem cells, saving them could potentially save your life, their website states.  There is no risk of rejection as you will be using your own tissue and no foreign substances or objects will be introduced into your body. ‘Fat banking’ is essentially insurance for in the event you need your own repository of fat and stem cells for medical treatments or reconstructive procedures.

Stored fat may not be as effective as fresh fat

While there may be future potential for stored fat to be used in medical and cosmetic treatments, the ‘fat bank’ service has raised the eyebrows of some scientist and liposuction doctors.

Tissue banking doctor, Alex Bukrinsky, says that the freezing of fat is not as simple as one thinks.  ‘Tissues are much more difficult to store because there’s a lot of different cells.’  Added to this, Dr. Daniel Del Vecchio, a doctor at Massachusetts General Hospital, states that in animal data, frozen fat doesn’t maintain its natural composition as well as fresh fat.  He also mentions in most facial procedures only a little bit of fat, 30 to 50 cc’s, is required which is easily harvested during the surgery.

Like the average bank, storing fat in a ‘fat bank’ comes at a cost

Storing your unwanted fat harvested from a liposuction procedure doesn’t come cheap and it is not as simple as transferring your fat straight into the freezer with your name labelled on it.  The fat is drained, cleaned and packaged in specially designed containers for freezing.  The patented process of Dr. Hartog’s Liquid Gold lipid bank ensures the fat is put into a slow freeze taking the temperature down to minus 192 degrees Celsius.  To store 250 – 300 cubic centimetres of fat which equates to a little more than a coffee cup full of fat will cost you.  Most ‘fat banks’ charge between $1,000 – 2,000 to freeze the fat and incur an annually fee of $200 – 300 each year after.