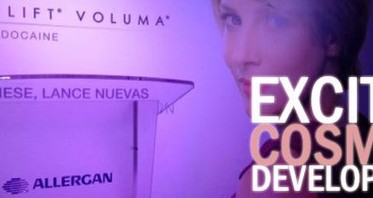 Cosmetic surgery is a fast evolving practice that has had exciting developments in recent times and will have more revolutionary changes in the future. New technology and techniques have allowed men and women to preserve their youth, alter physical impairments and achieve the body they have always wanted. Here are just a few of the eventful outcomes of the year that was and a new procedure that could soon be all the rage.

The difference with Vycross when compared to traditional dermal fillers is all about the molecular makeup of the acid used; this is found naturally in our bodies and is responsible for holding moisture and repairing skin tissue and cartilage. Vycross uses a combination of 90% low-molecular-weight acid and 10% high-molecular-weight acid. This allows Thick Fillers to provide more natural results with shorter recovery time and will stay effective nearly twice as long as other dermal fillers.

Bitcoins for Procedures in Florida

While the FBI shut down controversial online black market, The Silk Road, the Department of Justice legitimised the same currency users were making payment with on the now-defunct website. Setting a precedent, a cosmetic clinic in Florida saw an opportunity and began accepting Bitcoins to pay for procedures such as liposuction and breast augmentation.

ABC News reports the cosmetic surgery clinic chose to accept Bitcoins due to the surging demand from tech-savvy men around the world wanting work done. With its erratic fluctuation in value, lack of regulation and links to shady business, the continuing use of Bitcoins is unknown. What is a certainty is the growing demand for men undergoing cosmetic procedures.

As keeping a fresh wrinkle-free face and a trim waistline becomes more of a trend for men, so does undergoing cosmetic procedures. Looking good while still maintaining your masculinity is no longer taboo. A survey by the ASPS revealed cosmetic procedures on men rose 22% since 2000. The most common procedures for men were minimally-invasive procedures such as Anti-Wrinkle Injections and Microdermabrasion; these saw an astonishing rise of 66%.

Cosmetic procedures are gaining popularity with Aussie men according to anecdotal evidence from the ASPS but the number of men in the Middle East undergoing procedures is said to be more than double the international rate. Arabian Business reports 25-30% of one facial practice doctor’s clients were men.

The Middle East isn’t the only region in Asia to see a boom in cosmetic surgery. The rising middle-class in China has helped it become the country with the most amount of people undergoing cosmetic procedures in Asia. Japan, South Korea and Taiwan come next, as reported by Investvine.

While those residing in Asia seek enhancements to their appearance, hospitals and cosmetic surgery clinics in south-east Asia are looking to become hubs for medical tourism. Although some procedures can be cheaper in countries such as the Philippines when compared to Australia, Europe and the US, complications from unsatisfactory procedures in a foreign country can become much more expensive to correct later in life. An announcement by private health insurer NIB stating they would cover overseas surgical procedures caused a stir among health professionals in Australia with the ASPS strongly urging caution on this recent trend. The Sydney Morning Herald reports the figure of 8 million people travelling overseas for procedures is growing 15-25% a year.

Another ground breaking development with future applications that came out of the Cosmetex conference organised by the Australasian College of Cosmetic Surgery was the use of stem cells in techniques such as Autologous Fat Transfer (AFT). This fat grafting technique with the aid of stem cells can have enormous benefits for patients wanting the most natural result from undergoing a breast enlargement.

Fat cells from a patient’s waist, legs or stomach are removed using liposuction and is injected back into the patient’s breasts to enlarge them by at least one cup size. Using fat cells that are enriched with stem cells can help in a regenerative sense to stop the fat cells from dying once reinjected; decreasing the initial enlargement. This method has been proven safe and effective in clinical trials in Denmark, Japan and the US and is already available to patients residing in those countries and more. The procedure is still not widely available or covered by insurers here in Australia but 2014 could be the year all of that changes and consequently, the year of flatter stomachs and larger natural breasts.