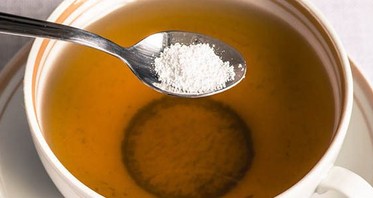 If you’re trying to lose weight, chances are the first food you cut out of your diet was sugar. In searching for that sweet hit, you may have turned to non-sugar sweeteners which we’re told will help reduce your calories and drop the extra kilos.

New research from the University of Sydney’s Charles Perkins Centre and the Garvan Institute of Medical Research suggests artificial sweeteners could actually be sabotaging your weight loss efforts by making you eat more.

Co-led by the University of Sydney, the study analysed what happened to fruit flies when they were fed on a diet that was laced with artificial sweetener sucralose, also known as Splenda. Associate Professor Greg Neely said he was prompted to conduct the research when he noticed his own stomach would growl with hunger after he consumed diet soft drinks.

“In the 2000’s there were human population studies showing there could be these effects, but no-one had modelled it,” Associate Professor Neely said.

The results, published in the journal Cell Metabolism, shed light on the true effects artificial sweeteners have on the brain, in particular regulating appetite and altering taste perceptions. It’s a complex mechanism involved in the reward centre of the brain that could explain why you may be gaining weight after consuming artificial sweetened products.

“After chronic exposure to a diet that contained the artificial sweetener sucralose, we saw that animals began eating a lot more,” said Associate Professor Neely. When the reward centre measures sweetness in the food, if it doesn’t find a similar increase in energy coming into the body, the brain “will demand more energy”.

In fact, the fruit flies consumed 30 percent more calories when on their diet of artificial sweeteners than when they consumed their naturally sweetened food.

“When we investigated why animals were eating more even though they had enough calories, we found that chronic consumption of this artificial sweetener actually increases the sweet intensity of real nutritive sugar, and this then increases the animal’s overall motivation to eat more food,” said Associate Professor Neely.

Obesity rates rise and so do artificial sweetener diet products

This latest study is the first that identifies how artificial sweeteners can stimulate a person’s appetite.

“Using this response to artificially sweetened diets, we were able to functionally map a new neuronal network that balances food’s palatability with energy content. The pathway we discovered is part of a conserved starvation response that actually makes nutritious food taste better when you are starving,” said Associate Professor Neely.

What’s more, sucralose caused hyperactivity, insomnia and decreased sleep quality. These behaviours are consistent with mild starvation or a fasting state. Similar effects on sleep have also been reported in previous human studies.

Professor Herbert Herzog’s lab from the Garvan Institute of Medical Research went on to replicate the study using mice to understand whether artificial sweeteners increase the appetite of mammals. The food consumption of mice fed a diet sweetened with sucralose, significantly increased and the neuronal pathway involved was the same as seen in the fruit flies.

In just seven days, the mice were eating more calories than their sucralose-free counterparts.

“These findings further reinforce the idea that ‘sugar-free’ varieties of processed food and drink may not be as inert as we anticipated,” said Professor Herzog. “Artificial sweeteners can actually change how animals perceive the sweetness of their food, with a discrepancy between sweetness and energy levels prompting an increase in caloric consumption”.

With the incidence of obesity rising rapidly worldwide, this latest research is significant. Health professionals have previously attributed 50 percent of the obesity problem to genetics and the other 50 percent to environment.

“If obesity is doubling that is too fast for genetics alone and there must be something about the environment that is changing,” said Associate Professor Neely.