4 Ways Booze Makes You Ugly and How to Fight Back 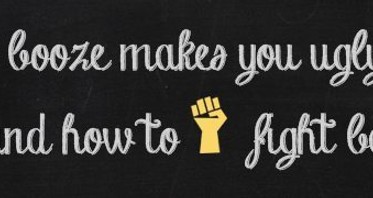 You’d have to be living in a cave not to know that drinking and partying hard can take their toll. Too much booze can have long-term effects on the kidney, liver, and increase the risk of cancer, complications during pregnancy, and birth defects.

If you’re thinking that doesn’t apply because you’re only a social drinker, think again. It might help to know that even a few drinks here and there can have an immediate effect, too. And it may affect your looks – if health concerns seem far away, maybe your blotchy dry skin, bleary eyes and beer belly will seem a lot closer.

So if you didn’t already know, here are 4 ways excessive drinking makes you ugly and we’ll also talk about what you can do about it, other than cancel your social calendar and live the life of a Buddhist monk.

ONE – Drinking dries you up

The first thing you’ll probably notice the morning after is how ridiculously thirsty you are and how much your head hurts. That’s because alcohol forces your kidneys to work harder at removing water from your organs. Your largest organ, your skin, turns pale or grey, visibly dries up and becomes more prone to wrinkling. Alcohol depletes the body of vitamin A, which is critical for cell renewal. Your hair also dries up which means dullness, brittleness, and split ends. The zinc deficiency caused by alcohol also eventually leads to hair loss. If bad skin and hair are not enough to put you off, know that the headaches are caused by your brain actually shrinking from dehydration. Eww.

How to Fight the Booze: Well, drink water. It may seem fairly obvious, but lots of people just don’t. Make sure you drink a glass of water between alcoholic beverages and your skin will thank you the next day. Ditch the post-hangover coffee too. Drinking caffeine may wake you up, but as a diuretic, it will further dehydrate you. While you’re at it, have a fruit shake. The fructose will be useful after a night of depleted blood sugar, and the vitamins and antioxidants won’t hurt either.

Alcohol increases circulation in the face and dilates blood vessels, sometimes causing them to burst, causing permanently broken capillaries. A condition called rosacea (which causes redness around the nose and cheeks) gets worse when sufferers have a few. In the same way, alcohol can also cause the blood vessels on the surface of your eyes to dilate, giving you tired, bloodshot eyes. It gets worse. Since alcohol depletes the system of nutrients required for eye health, it can also cause a condition called alcoholic optic neuritis and eventually, blindness. Yeah. 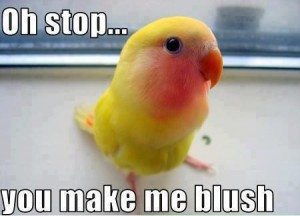 How to Fight the Booze: Or in this case, the reds. People with conditions such as rosacea and psoriasis should really know better than to drink when it aggravates their conditions. But when the deed is done and you don’t feel like getting your reindeer on, you can still fake a healthy, even complexion by applying a primer to even out your skin tone, followed by a tinted moisturiser to bring a little hydration back. Although there’s no cure for red eyes like rest and sobriety, over-the-counter vasoconstrictor eye drops should also work for a one-off quick fix.

Duh. No brainer here. Yeah, we know people still argue about whether excess alcohol consumption directly causes Homer Simpson style beer guts. But the fact is, alcohol gives you “empty” calories, can mess with your hormones, suppresses fat oxidation and stimulates your appetite. The end result is often weight gain, whether that’s packed on your tummy or any other place you wish it wasn’t. 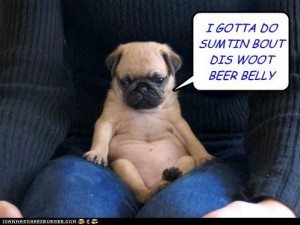 How to Fight the Booze: If you want to lose a few or just maintain that perfect 10 figure, keep it simple with some math. Work out what you consider moderation for you (two drinks perhaps?), work out how many calories they’ll cost, and work that into your calorie budget for the day. Then, just work out.

It might sound counter-intuitive since drinking already dehydrates you, but the same mechanism that dries you up also causes your face to go all puffy. Because you’ve lost water and electrolytes from your system, the water left is retained, causing tissues to swell up, probably most noticeably around your eyes and face. Hot. 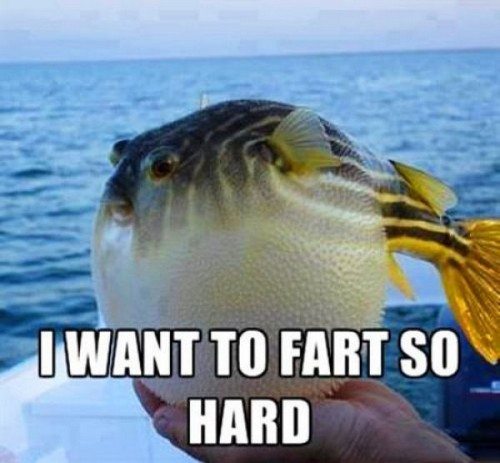 How to Fight the Booze: Apart from drinking copious amounts of water to not get dehydrated in the first place, you can try this quick fix. Soothe your puffy eyes with cold tea bags or a caffeine under-eye product. The caffeine works quickly to deflate you. You can also try a simple coffee-with-honey mask on your entire face for 15 minutes (recipes abound on the internet).

Other Tips to Help When You’ve Got the Booze

Make sure you eat some food before, in between drinks and for breakfast the morning after. The food acts as a buffer, resulting in alcohol absorption at a slower rate and you not getting as drunk. Eat something with carbs and protein as well as electrolytes (bananas are a good source). Lighter coloured or transparent drinks are also less likely to give you a hangover since they have lower congener content — chemicals used to add colour and flavour to alcohol. Consider healthier drinks like Bloody Marys, which use Vodka or Gin (both transparent), are packed with anti-oxidants and are practically a food in itself — gazpacho anyone?

You don’t have to cut out alcohol completely, just be smarter about the way you consume it and you’ll maintain not only your stunning good looks but your health too. In the spirit of Dry July, why not challenge yourself to give up alcohol completely for a whole month and give your body a break? The month-long abstinence might just help remind you that you don’t have to drink to have a good time. And for the rest of the year, remember moderation in everything: it’s okay to use, just don’t abooze.